For the next two weeks, as part of the workshop Rebuilding the Portfolio: Digital Humanities for Art Historians, I will be exploring, evaluating and maybe even beginning to utilize a variety of digital tools to think through the beginnings of a digital art history project, intended for a new course but also hopefully for sustainable research, about American films and censorship.

In a country that prides itself on its unwavering and uncompromising commitment to the idea of free speech, voluntary and involuntary forms of censorship have been allowed to thrive, and often accepted as positively beneficial, in many different guises up to the present day in American popular entertainment in all of its forms. The course will look at the history of film censorship in the United States from the perspective of how such things as the Production Code (Hays Code), wartime restrictions, anti-communist blacklisting, regional and local censorship boards (for example, Southern Baptist Ministers prior to 1968), late 1960s movements for social change, and culturally and socially-determined moral and ethical standards restricted what could be seen and could not be seen on movie screens in American theaters. We will watch and then analyze approximately 30 films from a cross-section of the 120 year history of cinema in the US, paying special attention to the films of the “pre-code” era (1930-1934, when the Hays Office had been created but its industry recommendations were not enforced), “post-code” era, post-WWII and Cold War era, and after the shutting down of the Hays Office in 1968 and concomitant institution of the MPAA Ratings Administration. Consideration will be given to issues of gender, sexuality, race, class, and political persuasion as they affect on-screen representation, and also to specific religious (Legion of Decency/Catholic boycotts) and geographically regional (Southern state censors, segregation extended to films as well as to the experience of them in theaters) censorship practices over time. Films that fall outside the “mainstream” because of their resistance to censorship will also be viewed, for example so-called Race pictures and underground cinema. The ultimate goal of the course will be to cover the wide-ranging and myriad ways in which censorship determined/determines what audiences saw/see on film and how that created a seemingly culturally-unified image of “America” that was/is, for many actual Americans, restrictive and exclusionary of their life experiences, if not outright hostile to their participation in American cultural life.

So why Valentino and dressing? Valentino was the sparking idea, but also I think at this stage a good metaphor for what I hope digital humanities tools can bring to the art history practice of close reading of visual materials. I like Rudolph Valentino movies. The way in which Valentino is presented on film, how his physicality is objectified–he gets undressed and dressed frequently, and in multiple versions of visually elaborate, exotic, and highly detailed costumes–is most often paralleled in the films of the period by how female stars are visually objectified in films. Valentino is the rare male star of the silent film period to have the camera so lovingly gaze at his physical form while he is in the process of disrobing, and as such opens up space for the discussion of culturally-defined codes of masculinity  and femininity, gender, race and the body, and how Valentino disrupts that definition, as supported in the reading of fan magazines, film reviews, and opinion pieces documenting the widely differing female (swooning) and male (threatened) reception of Valentino’s screen presence.

Undressing on-screen would become one of the prohibited activities vis-a-vis female bodies with the crafting of the Hays Office Production Code in the 1930s. Valentino was dead, but Clark Gable could still show his un-undershirted chest in It Happened One Night in 1934 (Claudette Colbert could only appear fully covered in his oversized men’s pajamas). 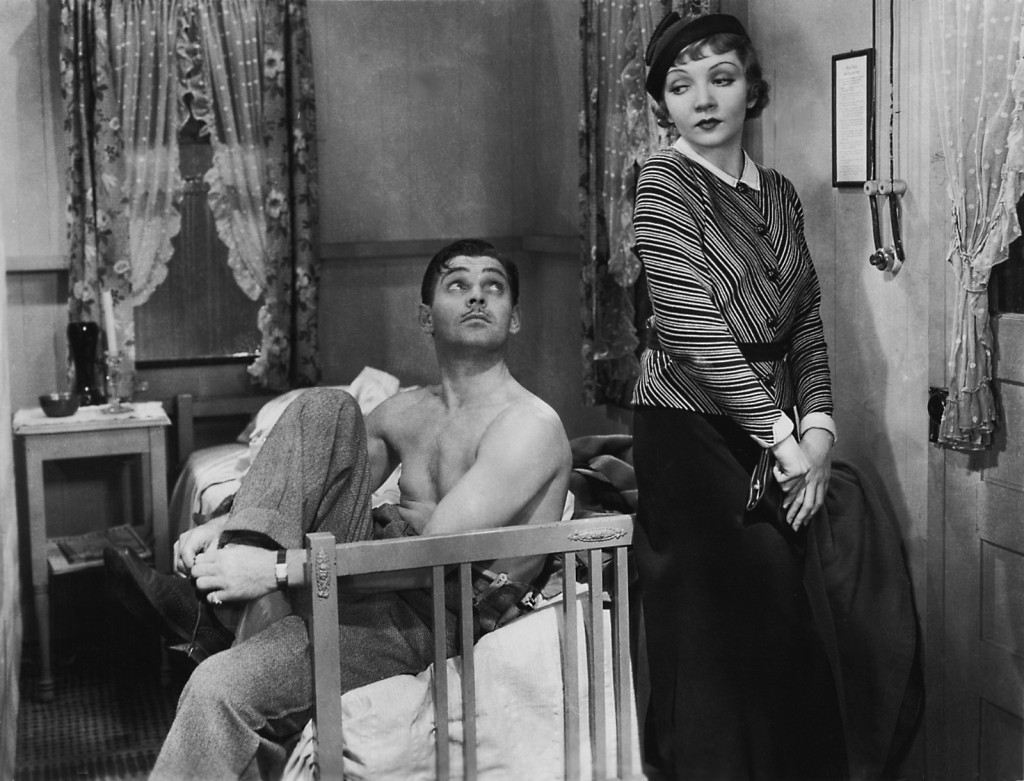 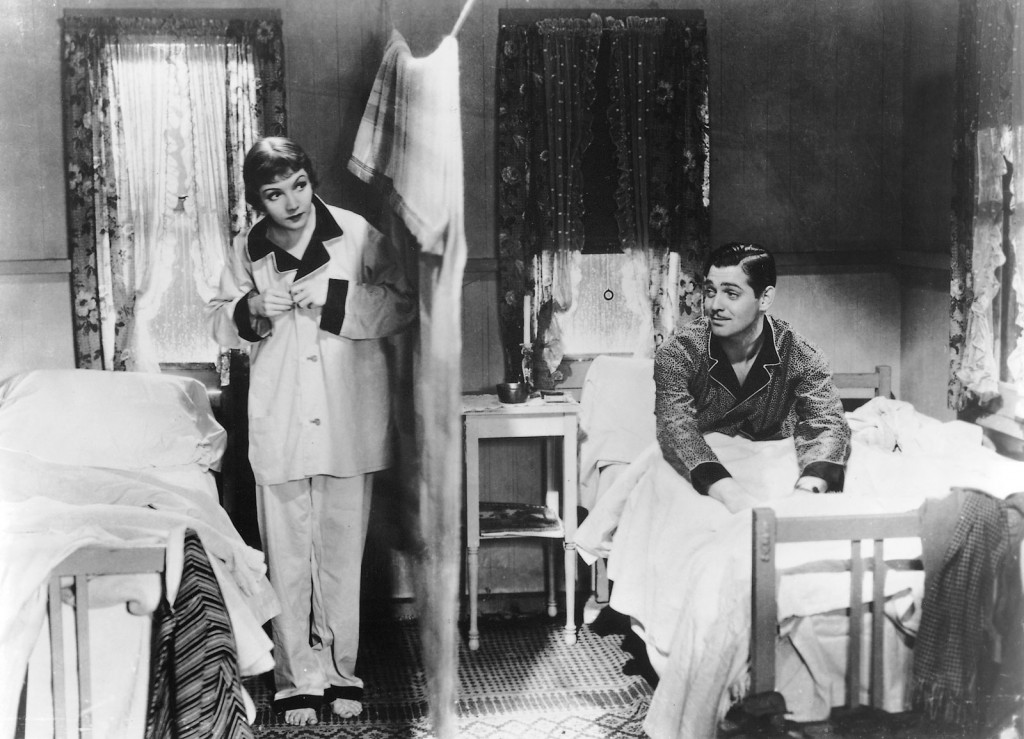 But every 1930s male fan wanted to be Clark Gable, not fight him off. It is the female body which gets censored as prurient.

On the workshop schedule, we have lessons planned in collection building and data-mining, collaboration and interactivity/community, mapping and networks and visualization. Understanding how film censorship is itself visually encoded will require some aspects of all of these conceptual frameworks. So many films, so many moments to isolate and read and interpret, so many tags linguistic, cultural, historical, gendered and racial, and how to visualize for a wider audience all of the layers, intersections and nodes and subversions of cinematically represented acts of censoring. And that doesn’t even get to funding, time, and sustainability!

So I thought I would start simply, with dressing Valentino, in so much more than an exotic costume.